Cellplus is France syrup SPORT brand of Unique Distributor in Asia (Asia acquisition rights), Seoul Café Show KBC, the official sponsor of the tournament, as well as KTBC, ABA is the official partner of the four Asian Bartenders Association.

SlaurSardet, the manufacturer of SPORT SYRUP, is a leading producer of alcoholic beverages and syrups in France with a history and knowhow dating back to over a century.

The company exports to over 110 nations and currently stands as the world’s seventh largest beverage seller.

Since acquiring the exclusive distributorship in Asia market in 2014, Cellplus Sport Syrup has been used as an official product of various sponsorship activities and official events and has proven its quality and reliability. 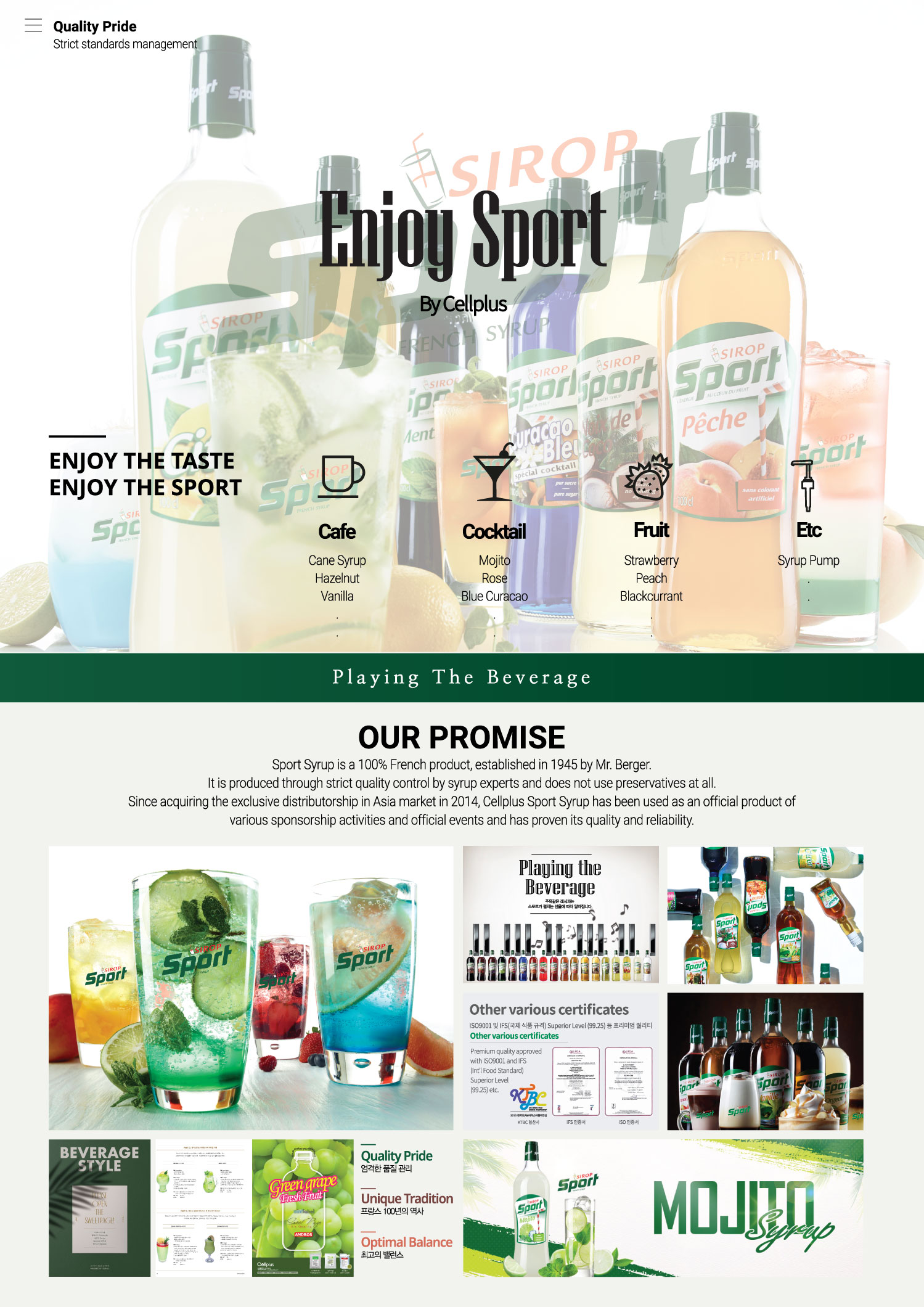 Only using fresh blackcurrant, natural and luxurious taste and flavor

Using the flavor of cacao and pure beet. Deep taste and flavor of dark chocolate.

ChocolateUsing the flavor of cacao and pure beet. Deep taste and flavor of dark chocolate.

Excellent taste and flavor of Pomegranate, various applicability with other syrup.

GrenadinExcellent taste and flavor of Pomegranate, various applicability with other syrup.

Attractive nutty flavor of the hazelnut

HazelnutAttractive nutty flavor of the hazelnut

Light and savory taste and flavor of coconut

CoconutLight and savory taste and flavor of coconut

Only using the best sugarcane, a natural and luxurious taste

Freshness of natural mint and the soft, refreshing mojito flavor

MojitoFreshness of natural mint and the soft, refreshing mojito flavor

The copyright of all posts on this site is in cellplus. Unauthorized use of reproduction may result in punishment under the relevant statutes.